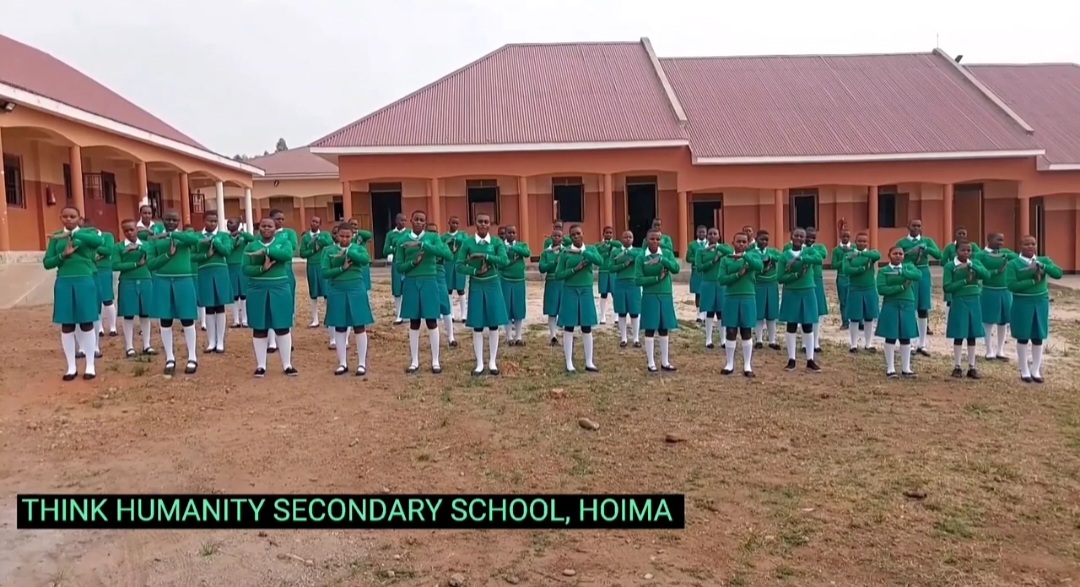 Our Story: The Think Humanity Girls’ Hostel  began in February 2012, bringing 30 young women from underdeveloped villages and the Kyangwali Refugee Camp in Uganda to their new home in Hoima, Uganda. The girls came from many different areas, including Rwanda, the Democratic Republic of the Congo, Sudan and from different areas in Uganda. These children were victims of war or displacement, and many had been orphaned.

The students created their own mission, vision, and motto:

Girls’ Mission: To create sustainable educational development opportunities, social entrepreneurship, and leadership skills for girls in the developing world to break the cycle of poverty for individuals and the nation’s development.

Our Vision: Empower girls with education and basic training skills.

Think Humanity Secondary School’s objective: “To empower and educate young women to create a better future for themselves and their communities.”

Think Humanity aspires to hire their own graduates to lead future students.

In addition to education, Think Humanity holds an annual Women’s Leadership Summit. Think Humanity invites guests to introduce the girls to new skills. We want the Think Humanity girls to have the accompanying skills to truly be catalysts for change.

Why we invest in teen girl education: Thirty-one million girls of primary school age are not enrolled in school. The picture is different for girls and boys. By the time they reach secondary school only 84 girls per 100 boys are attending.

Why do girls drop out? Forced child marriages, school fees, sexual violence and lack of sanitary facilities and resources.

However, if we can keep girls in school beyond grade seven, they are more likely to marry four years later, less likely to die in pregnancy/childbirth, have an average of 2.2 fewer children, have healthier children and more likely to send their children to school.

The girl impact: Education is the ladder out of poverty. If you educate a girl, you change the entire dynamic of a household, a community, and a region.

“For more than a decade, education for girls has been identified as one of the best solutions to reversing the relentless trend of poverty and disease that devastates large portions of sub-Saharan Africa. Educating a girl changes her destiny, as well as those of her future children, and ensures that she can contribute to the economic life of her community.” (UN Chronicle).